December marks the kick off of Read a New Book Month. Something about December makes anyone want to curl up next to the fire with a good book. Reading is a wonderful way to escape from the stresses of life, and a new book can offer new perspectives and different ways to understand the world. By including new diverse, anti-bias books, community can be built in schools and among families, creating a sense of possibility, understanding, and critical action.

For this book list, I am focusing on newer children’s books that have been released in the last year among multiple grade and reading levels.

This book was released in April of 2019. This book is about a 10-year-old girl named Maricela whose father is being deported. The last time they were together, he pointed out the full moon and called it a “mango moon.” After Maricela’s papi was taken away, her mother was forced to take on two jobs to keep things afloat. Maricela feels empty without having her father home but learns that her love for her papi will always continue even though he is not actually there with her. This book takes an interesting look inside a child’s perception when a parent is being deported.

This book will be released this December. Each year, Haitians ring in the New Year by eating a special soup. Belle’s grandmother, Ti Gran, teaches her how to make Freedom Soup, a tradition since she was a girl. They dance as they prepare for the holiday meal, talk about the history behind the soup, the history of Haiti, and where Belle’s family is from. A great book to learn about the Haitian culture.

My Hair by Hannah Lee

This book was published in September of 2019 and the book is simply a celebration of hair and the different meanings it has to different people and communities. The book illustrates a young girl trying to decide what how she wants to style her hair. The first-person rhyming narrative highlights all of her possibilities. The young girl reflects on the many styles utilized by her family and friends – dreadlocks, Bantu knots, high top fade, braids, cornrows, short, and cropped.

Under My Hijab by Hena Khan

This book was published in February of 2019 and tells the story from the point of view of a young Muslim girl. The story talks about the important women in her life and how each of them wear their hijabs differently and in unique ways. This book honors Muslim women and girls, the love for each other, and their pride in their faith and culture.

Mina vs. the Monsoon by Rukhsanna Guidroz

This book was published December of 2018. Mina loves to play soccer, but when the monsoon comes Mina is stuck inside. Mina tries any trick to stop the weather, but while doing so shows her life in her village in eastern India highlighting the importance of monsoon rains in this particular part of the world. Ammi, her grandmother, shows Mina how to celebrate the rains by making chai, samosa, and flower garland.

This picture book was published April of 2019 and is about Mayumi, a young girl. When she was born, her grandfather, Ojiichan, created a stone garden for her. Every summer, Mayumi visits her grandfather in Japan and tend to the garden together. One summer, her grandfather becomes too old to care for his home and garden and Mayumi has to decide if she can keep their garden alive for both of them. This book shows an intergenerational bond and the passing of knowledge from grandparent to grandchildren over time in Japanese culture.

This picture book was published in October of 2019 and is the story of Sulwe, a young girl with skin the color of midnight. She has darker skin than anyone in her family and in her school. Sulwe wants to be bright and beautiful like her mom and sister. The author includes themes and ideas like self-love and finding the light within. Sulwe ends up opening her eyes to embrace her own unique beauty. Something every child needs to learn and embrace.

When Aidan Became a Brother by Kyle Lukoff

This book was published in June 2019 and is the story of a transgender child. When Aidan was born his parents gave him a pretty name and he wore clothes like other girls. One day, he realized he was a trans boy and he and his parents got rid of the things in his life that no longer fit and happily settled into his new life. Then, his parents tell him that he is going to a brother to a new baby. Aidan wants everything to be perfect but ends up learning that mistakes can be fixed and the most important thing about being a good brother is something he already knows how to do – loving with his whole self. 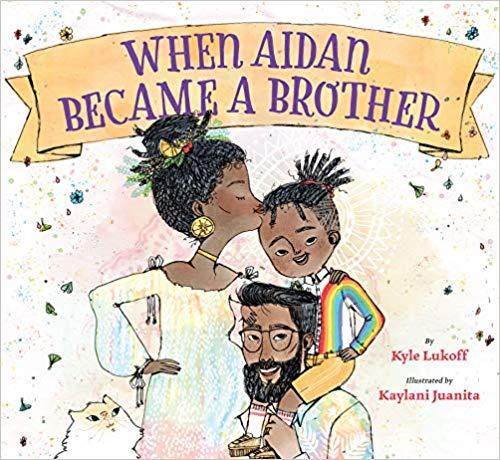 Hands Up! by Breanna J McDaniel

This book was published in Janurary 2019 and is the story of a young black girl. Reaching for books, dancing, praying, and playing peek-a-boo are some of the ways the author described kids raising their hands in this empowering book. Ultimately, as she gets older, her and her family joins a community protest march, lifting each other’s hands with power and resistance. 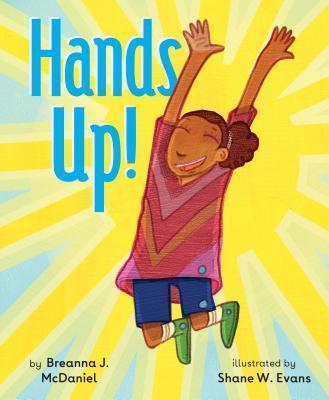 This book was published in April of 2019 and is the powerful story about Manuelito, a young boy refugee from Guatemala seeking asylum in America. His parents forced him to go live with his aunt in the US because his village was no longer safe due to gangs and the military kidnapping boys to force them into service. This book gives a much different perspective of a child’s life and struggles outside of western culture.